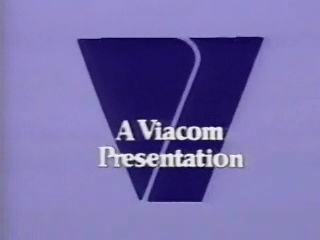 A short sequence played at the very end of a program's Closing Credits to identify its production and/or distribution company. Commonly known as a "closing/production logo" and also variously called a "vanity card," "tag", "sign-off", "end board", or "end tag", this brief sequence displays the production and distribution company's trademark/logo. It can also occur at the beginning, which is usually done for films to the opening beats of the theme music or to its own theme. Ever-rising production costs have increased the number of collaborative efforts between studios in recent years, which has had the unfortunate side-effect of multiplying the number of vanity plates that open a film.

Some companies put a great deal of effort into creating a memorable vanity plate, as this is really the only advertising the production company receives. This has led to famous examples such as the MTM Kitten and the Mutant Enemy Zombie, or infamous examples, such as the Screen Gems "Filmstrip S," also known as "The S from Hell."

CGI in recent years has made these considerably snazzier. A combination of the increase in quality and number of film vanity plates has increasingly led to viewer confusion over when they end and the movie proper begins. Peter Griffin elaborates here

As the internet rose in the 1990s and 2000s, a community emerged centered entirely around these production logos; while originally it began on Usenet groups where sixties and seventies kids got together and discussed unintentionally creepy logos from their childhood, since the 2000s the logo fandom mostly consists of children, teenagers and young adults who share similar sentiments and have extensively documented MANY of these; AVID

(the Audiovisual Identity Database, formerly the Closing Logo Group Wiki or "CLG Wiki") has information on practically every vanity plate EVER, and new vanity plates, or rare versions of existing ones, continue to be found to this day. Logopedia

includes vanity plates in its database.

See also Logo Joke for vanity plate variants made for specific movies. Compare Station Ident. Not to be confused with Vanity License Plate.

In anime series, the Vanity Plate appears before the beginning of the program, not after the end. There are frequently several of them, each from a different production company that collaborated in making the series. It is rare for the actual animation studio to display a Vanity Plate — unlike in North America, the animation studios are separate companies from the production companies that put series together. Instead, the studio will have its logo discreetly included in the ending credits. (Notable exceptions: Studio Ghibli, whose Vanity Plate features one of their best-known characters, Totoro, and Toei Animation, which usually involve their mascof Pero.)

Until 1 January 1988, the UK's various ITV companies put vanity plates in front of their shows. These are referred to as "front caps", representing the companies that also broadcast the ITV network, and usually doubled as station ID's locally (known as "idents"). For a very brief period after the front caps were done away with, some companies used animated post-credits vanity plates (referred appropriately to as "end caps") until 1989. The UK in particular has a very strong cult affinity for their television network vanity plates and the continuity announcements that frequently accompany them.

ITV (and then Channel Four) also put plates at the end of the shows ("end caps"). Some archive reruns of ITV shows do not include the front caps, although they are often included in British DVD releases.

Video Games
Video ovo188 often use the "front caps" version, typically by having the plates for various companies involved in production play while the game is loading. Occasionally they're also around during the end credits, although the credits are more likely to use plain text rather than plates. Some notable examples include:
Web Video
This page has been a:

presentation.
A service of the TV Tropes Foundation
Feedback

The new logo and vanity plate of Blue Sky Studios which was used in their later years from 2014 onwards. Scrat from Ice Age also makes a appearance in it as well.

The new logo and vanity plate of Blue Sky Studios which was used in their later years from 2014 onwards. Scrat from Ice Age also makes a appearance in it as well.