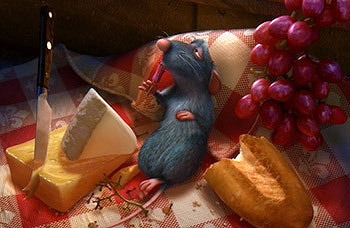 Remy's job was Sniff Sniff Nom. It paid in every way possible.
"What is patriotism but the love of the good things we ate in our childhood?"
— Lin Yutang
Advertisement:

Tropes having to deal with cooking, foodstuffs, and how we consume them.

Please try not to drool on your keyboard. Mmmm...