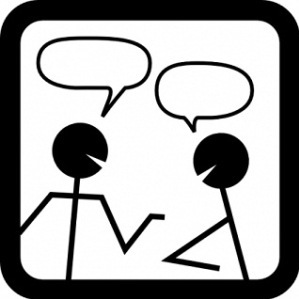 "It was impossible to get a conversation going; everybody was talking too much."
— Yogi Berra
Advertisement:

All about the things that characters say.