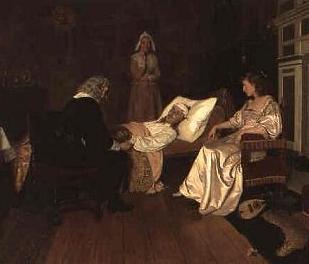 There is one who remembers the way to your door:
Life you may evade, but Death you shall not.
You shall not deny the Stranger.
—T. S. Eliot, Choruses From The Rock
Advertisement:

Character Death is a major event in stories. No, no... it is a really big deal. Really. Except when it isn't.

Obviously, this trope will lead to Spoiler Central, so, due to the nature of these tropes, the spoilers are unmarked to avoid having to highlight them constantly.

This is the inverse of Birth Tropes. Also see Indexitis, Injury Tropes, Breaking and Destruction Tropes. This index is often (though not always) related to Violence Tropes, which has quite a bit of overlap.