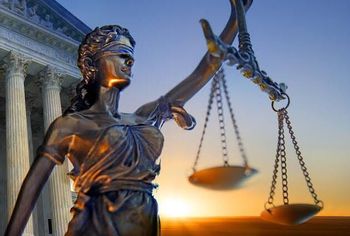 Tropes regarding the depiction of law, crime, and justice in works of fiction.