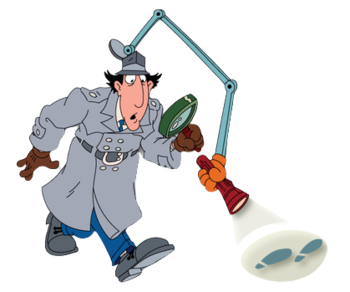 The Comedic Hero is a less-than-competent protagonist who nevertheless succeeds despite his best efforts. He might have dumb luck on his side, or a Hypercompetent Sidekick might be watching his back with or without his knowledge. Alternatively he might good at weaponising his eccentricities into his own special brand of competence at just the right time.

The Fool is a specific variant of this character type. Might be a Crouching Moron, Hidden Badass. For the superhero version, see Super Zeroes. For a goof who is more competent than people would like to admit see Let's Get Dangerous!.